Webb: Week 15 ended with a whimper. Elle had a non-knee procedure that had her on painkillers Friday and Saturday. Not the best way to workout. Or is it?

Elle: Unless feeling nauseous with a throbbing mouth from gum surgery is the best way to workout, then.... no.

Webb: I take pride in being a good teammate. So I decided to have my annual head cold during this time. If Elle was going to be out of the game and/or have limited action, then I would too.

Elle: You're so very supportive, Webb. 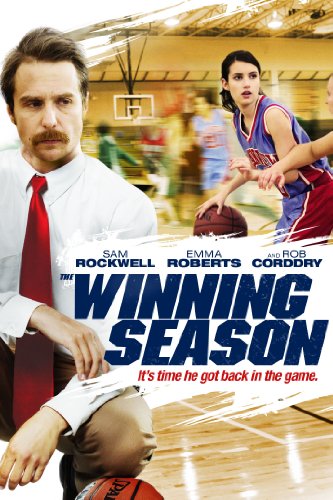 Webb: I typically prefer to watch martial arts movies while doing turbo sessions. I find that I have trouble following plot lines because I am more focused on my technique or the workout. Martial arts movies are great because the action motivates you and the subtitles decrease the need for insane volume to follow dialog. Since this was just going to be a turning-the-pedals-over endurance effort and since basketball is my first love, I had no problems watching this. (I actually had placed it in the Netflix queue well before hand.)

Elle: It was no Sufferfest, that's for sure. It was tough to keep the cadence up at times, but the movie was good, and it wasn't too hard to just push through to the end of the hour. Although they kept eating popcorn in the movie, which just made me want to stop pedaling and sit down with a big bowl of buttery popcorn...

Webb: Normally I may have skipped this workout to get over the cold. However, I just read a recent post by The Holistic Guru where she recommended light cardio. (I also had a curry dish and a root-vegetable soup prepared by the lovely Elle.) It helped to clear my head and given that I didn't smash myself, I don't think I'll have any setbacks. I also tried to pinpoint when I may have become sick. Although I may have woken up with the symptoms of a head cold on Saturday morning, my guess is that my first symptoms manifested last Thursday when I just didn't have it that night for my run. Looking back, it may be that my body was organizing its systems against the invaders and I sent them into disarray with a HIT workout. Damn.
Posted by Elle and Webb at 9:43 AM