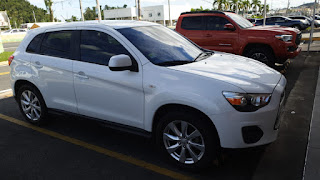 Elle: When you want to get fast as hell and beat the competition at your choice triathlon, I've found (for me at least) that there are 3 essential run workouts necessary for each week:

I've been doing the speed work on the wonky track in my neighborhood (see past blog post, featuring a couple of nasty track workouts). And LSD runs are easy, just head and go long. But I hadn't found a hill to do the required weekly hill workout. That is, until my run buddy, Adam, told me about a somewhat hidden hill in our neighborhood. Oh, and what a hill it is! It's quite glorious. It starts gradually, but then gets into a nice steep climb. Then summits, and loops back around to the the start, because, hello, it's a loop. So we've started meeting up weekly (in addition to our weekly Tuesday speed workouts on the track) for hill workouts. It's no Boston Commons hill, but it has it's merits. It's a richly lush and gorgeous route, with outstanding ocean views at the summit. 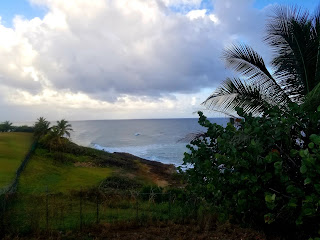 I'm still working on figuring out some different workouts, but we recently did these:

Some good news, my long runs have gotten longer. I'm up to 6+ miles, woohoo! Now, this doesn't seem like a lot, but as anyone coming back from an injury knows, you gotta celebrate the milestones. So I am.

Webb: Meanwhile back in Boston, I did my own hill workout of sorts: Le Stade. Where Elle's workout is lush and green, mine is drab and grey. Hers is warm and humid with ocean vistas. Mine is cold, windy and dry with concrete views. Stadium workouts are very popular here, mostly due to a pop-up fitness group that has spread across the country over the last five or so years. For me it is not about running or trying to do it faster each time. It is basically a step-up workout with more than 1,000 reps. You feel it the next couple of days for sure. Even if you are not running your HR will bump into that muscular endurance zone which helps both cycling and running. Or that is what I repeat to myself starting with the 500th rep.

Elle: Stay strong Webb! And next time you come to visit paradise, you'll be able to enjoy the hill!