The Return of Sufferfestukah in 2014!

Webb:  Hello everyone! We are pleased to announce the return of Sufferfestukah for 2014. Before we announce the Schedule of Suffering and other pertinent news, we must apologize for doing a lousy job of maintaining the blog. Both of us have been very busy these last several months with new and changing things in our non-training lives. 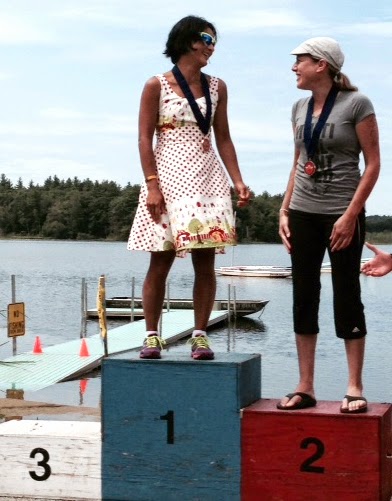 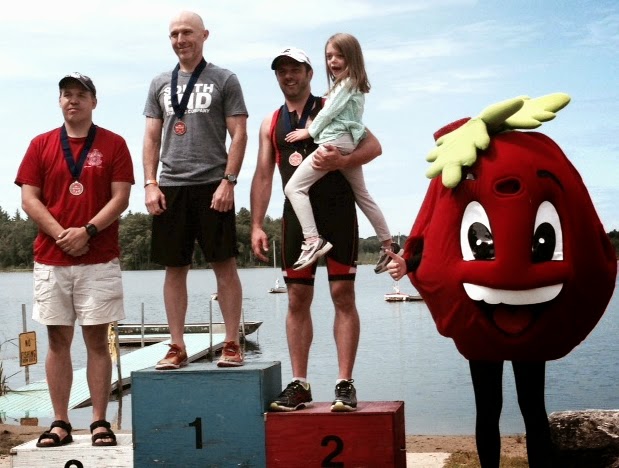 Elle: Since our last race report on Challenge - St. Andrews half-iron distance race, we competed in three more races, the Massachusetts State Triathlon (Olympic-distance), the Appleman Tri (sprint) and the Boston Triathlon (sprint). In fact, we raced the Mass State tri the weekend after St Andrews and Appleman the week after that. We won't be doing that again.

Webb: The Mass State tri was the best triathlon ever. I didn't place particularly well since it was the regional qualifier for the Age Group National Championships. It was my best because it was the closest I have come to having everything click in every discipline. Other than my swim being a little off, I executed everything else nearly perfectly. I applied a steady level of effort through the bike and run and had my best splits for an olympic. The sense of accomplishment of putting everything together far outweighed how I placed.

Elle: The Appleman sprint triathlon was a new one for us this year. The swim is in a lake (not the chilly Atlantic Ocean!), the bike is hilly & challenging, and the run was tough, with an honest-to-goodness vertical trail run thrown in. This must be a good combo for us, because it was the first triathlon where we both ended up on the podium!

Next up, the Boston Triathlon. Even in August the Atlantic Ocean is cold. We did this race last year for the first time. One of the best parts is that it is less than 2 miles from our door, so we can roll out of bed and bike on over. It was a good day, I finished third in my AG. Webb was  outside of the podium in fourth, but not so close that he could have done anything differently. (Webb: There is some comfort in that.)

Webb: And now Sufferfestukah. We decided to reduce the number of days from the original eight in 2011 to six this year (and likely for years to follow). Back when we first started this tradition, there were only eight videos. The Sufferfest catalog has since grown to more than 20 (counting the new running videos). Our decision to reduce the number of days is based primarily on keeping things a little fresher for the Tour of Sufferlandria in late January. We are confident it will still provide a kickstart to winter training.

Our plan is to precede each of the above workouts with 'Extra Shot' as a warm-up. As always, this holiday is about what you want it to be. Crush it if you like. Add to it if you desire more suffering or only join us for part. It is up to you. We just hope you join us.
Posted by Elle and Webb at 8:28 PM